Organize your Trailhead Superbadges with GitHub and Salesforce DX Organize your Trailhead Superbadges with GitHub and Salesforce DX

Trailhead Superbadges are great to apply what you’ve learned in real business cases. However, there is no easy way to retake these Superbadges for now. If you wanted to, you would have to create a new Trailhead account and complete all Superbadges pre-requisites… which is not efficient.

As I prepared the “Development Lifecycle and Deployment Designer” Salesforce architecture certification, I learned about Version Control, Git and SFDX, and thought I’d try to apply what I’ve learned with a Superbadge I didn’t complete yet: the “Lightning Experience Reports & Dashboards Specialist”.

In this blog post, we’ll see how a Trailhead Playground, its Scratch Org, an SFDX repository (local), a GitHub repository and packages work together.

We’re going to use SFDX, along with the Salesforce CLI and Visual Studio Code, to keep the 2 development environments (the local repository and the Scratch Org) in sync. We’ll often use 2 commands to do so:

Once we’re happy with what we’ve built in the development environments, we’ll create a package with SFDX, so we can install it in the Trailhead Playground. We’ll pass challenges from the Trailhead Playground, and we’ll use GitHub to store versions of our work. For this Superbadge, as step 6 overrides previous steps, we must create 1 package with 2 versions, and 2 Git commits.

We’ll use this local folder to pull changes we need from the scratch org. Once pulled, we’ll push the changes we need to our Version Control System, in our case GitHub, and to the Trailhead Playground.

You should see this

Link your SFDX project with your Playground

You should see this. A new folder named “SFDX” has been created, with your Trailhead Playground alias.

Notice that SFDX added your Scratch Org in the sfdx-config.json file.

If you’ve done everything correctly, you should see this when running this command in the terminal:

(D) and (U) indicate that SFDX is currently utilizing the Trailhead Playground and the Scratch Org we just created.

Now we can start developing in the scratch org (as this badge is mostly declarative development).

Next, from Visual Studio Code, check if you have git installed properly:

Then, tell git who you are:

Next, make sure that you’re in your SFDX local repo, and create a git folder by running git init. It’s going to create a hidden folder for Git. We’ll then link our local git repo with the remote repo:

For the first push I named “Empty SFDX Project”:

Now, we must think about how many versions we need to create. I read all steps and saw that step 6, « Update existing reports » needs a new package version because if we update reports we’ve created in previous steps, we won’t be able to pass the first steps.

In the end, we’ll have 1 package with 2 versions: the first version will allow us to pass the steps 1 to 5, and the second version to pass all remaining steps.

First, we must install the unmanaged package here and load the data https://login.salesforce.com/?ec=302&startURL=%2Fpackaging%2FinstallPackage.apexp%3Fp0%3D04t1H0000018iyq

As we can see, the package installed successfully.

Next, we need to import the SolarBot data. I couldn’t see the SolarBots app and associated tabs, so I updated the system administrator profile to have access to all these elements. I just clicked on Import once that was corrected. I’ll just do the same on the Trailhead Playground as it’s easier.

Once you’ve done the first 5 steps, run the following command to list the changes you’ve made:

If you’ve done everything correctly, you should see some reports, report folder, groups, one report type and one standard value set.

Then we can pull changes from the scratch org to the SFDX repository:

Then we can push this commit to the Trailhead Playground, to validate challenges 1 to 5.

If it passes, push your changes to GitHub: commit, then push.

In your Trailhead Playground Org, you should see the installed package, with all components.

Similarly, we’re going to pass all challenges in the scratch org, then pull it to our SFDX local repository:

Install it to our Trailhead Playground with the correct package ID:

If it passes the challenges, push your changes to GitHub: commit, then push.

With that being done, even if I lost the Trailhead Playground for this Superbadge or modified it, I’ll be able to check what I’ve done any time with my GitHub account. In about 5 min, I’ll be able to open my GitHub repository’s first commit with Visual Studio Code, create a DevHub and a scratch org and push the repository to my scratch org. Then I could create a second scratch org and push the second commit repository. I also could install the packages I created because the IDs are located on the sfdx-project.json file on GitHub.

When the Waterfall just doesn’t line up right
July 5, 2018 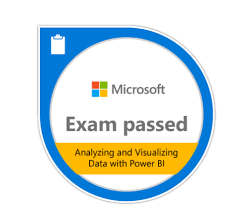